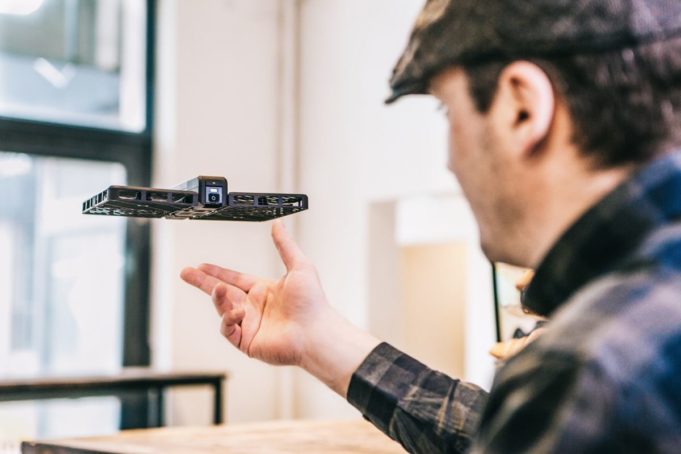 Beam me up Scottie is about to be the mantra of the real estate set given the imminent launch of the Zero Zero Robotics Hover Camera.  The brainchild of a Beijing group led by Meng Qui Wang, the book size and basically follows you around.

With four propellers and a carbon fiber housing the sturdy little device is set to take the real estate industry by storm. Visuals feature a 13-megapixel camera and 4K video along with a sonar sensor so the flying machine doesn’t run into things.

A summer launch is coming with pricing levels to be just under USD600, expect an onslaught of interest in the business community and tech geeks. Imagine being able to fly through condominium and villa properties to record high quality visuals.

We’ve seen property developers start to widely use drones for both design study in advance of the project and later on to film promotional videos and camera shots but the price, timing, and pure size of the machines remain an issue for many. Size does indeed count and the point of bringing a smallish affordable camera drone the size of a book for a quick study is simply irresistible.

Dones like the Phantom 4 and now the Hover Camera are bringing reality into the real estate world much like what the Kardashian’s have done for the E Channel. Yes, today everyone can be a star or on this case every condo or villa that is.

Creative techniques to expand the space in your condo unit