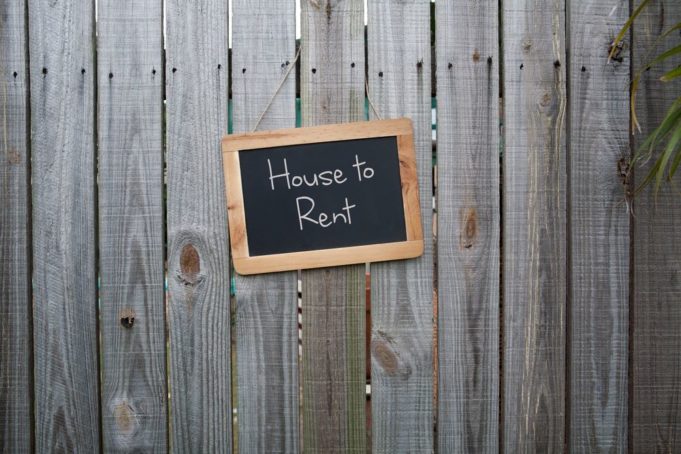 As the shared economy starts to eat into Thailand’s real estate market such as Airbnb and other rental sites, the question for owner’s is what is legally acceptable and also what tax is applicable.

We are publishing a legal and tax perspective  with permission from Thai legal lawyer Phorn Patimon, Senior Associate at Jus Laws & Consult  and Senior Associate Christian Moser which hopefully clarifies many of the current questions.

“State agencies in Phuket recently warned condominium owners that renting out a condominium unit on daily basis using Airbnb might violate the Hotel Act. Furthermore, Land and House Tax and Personal Income Tax is rarely paid on such rental income (if not on any rental income). As if that wasn’t bad enough, renting out on a daily basis might in some cases be regarded as conducting a commercial business and consequently violate the Condominium Act, which forbids commercial activities, and in the case of foreigners the Foreign Business Act.

From a political perspective Airbnb has been criticized for various reasons in many jurisdictions worldwide: short-term renting to tourists is regarded as a misuse of limited rental space and takes away affordable apartments from the locals, it is regarded as unfair competition for hotel operators who have to comply with many requirements and pay taxes, and amounts to bypassing consumer protection regulations.

AirBnB tenants might not enjoy the standard of safety which they can expect in a hotel in case of accidents or disputes with the landlord. For example, under Sections 674 to 679 of the Thai Civil and Commercial Code (CCC) a hotel is liable for any loss or damage suffered by its guests, even if such loss or damage was caused by strangers, and it is not clear whether the Thai courts would apply these sections in the case where a condominium unit is rented out.

Finally, other co-owners often feel that frequent arrivals of new Airbnb tenants negatively affect the quality of life in the condominium in many regards.

The advocates of Airbnb reply that Airbnb is a success story. It was called one of the highest valued start-ups worldwide with a value of 30 billion USD. It offers affordable accommodation to budget-travelers and contributes to the growth of local economies, and is even increasingly popular with business travelers who wish to go local. It plays an increasingly important role also in Thailand’s hospitality sector, especially in Bangkok and in Phuket, and even though regarded as illegal by some, the law is rarely enforced by state authorities. However, all these are factual arguments and say nothing about the legality of Airbnb’s success in Thailand. Are there legal arguments which can be cited in defense of the short-term rental which became so popular thanks to Airbnb? And in what cases exactly is renting out a condominium illegal in Thailand?

The most fundamental legal provision in this context is Section 1336 of the CCC which provides that within the limits of the law, the owner of property has the right to use the property and is entitled to its fruits. And for co-ownership Section 1360 of the CCC sets forth that each co-owner is entitled to use the property in so far as such use is not incompatible with the rights of the other co-owners.

What are the “limits of the law” and the limits deriving from the rights of other co-owners when it comes to daily rentals in condominiums? Please note that we could not find any precedent court decision which would clarify the issues as discussed below. So we can only point out the statutory framework.

Unfortunately the Condominium Act provides relatively little clarification as to what this means for the rights and obligations of co-owners in a condominium regarding their relationships towards each other. Still, it contains provisions regarding the management, the Condominium Regulations, juristic condominium, co-owners’ general meetings and resolutions.

And according to Section 17/7 no commercial trading shall be conducted in a condominium building except in the commercial area specified in paragraph one. According to Section 65 whoever violates Section 17/1 shall be penalized with a fine of not more than fifty thousand baht and the offender shall be further penalized with a daily fine of not more than five thousand baht throughout the period of violation or not complying with such provisions.

The Hotel Act defines hotel as a the place established for business purposes providing temporary residence against remuneration, but according to Section 4 (b) excludes places which are rented out on a monthly basis.

This is good news for all condominium owners as it means that they can rent out their place on a monthly basis without worrying about a Hotel License. The Hotel Act might still apply to condominium owners who rent out on a daily basis, typically using Airbnb which has facilitated short-term rental for everyone, enabling any condo owner to operate his own small “hotel”.

The Ministerial Regulation to the Hotel Act of 2005 contains an exemption for certain places which has given rise to a passionate discussion whether these exemptions from the Hotel Act also apply to condominium owners renting out their places on short – term basis:

“Any residential premises open to the public for rental with no more than 4 rooms on all floors in aggregate whether in a single building or in several buildings, and with a total service capacity of 20 guests, operating as a small business which provides an additional source of income for the owners” is exempt from the Hotel Act. The owners of such premises are also required to report to the Hotel Registrar but do not require a Hotel License and do not have to comply with all requirements for hotels.

The controversial issue is: does “residential premises” refer to each condominium unit or to the whole condominium meaning the entire building? This legal issue has not yet been clarified in a court decision as far as we can see.

Can a condominium apply for a Hotel License?

If a condominium is to be rented out on a daily basis as on Airbnb, one might consider applying for a Hotel License in order to legalize such “condotel”.

This is possible in theory, but the requirements for obtaining a Hotel License are considerable. In order to be eligible, the hotel would not only have to have a qualified hotel manager but also to comply with the Building Control Act and have a Building Permit and Use Certificate which need to state that the building can be used as a hotel. If the Building Certificate and the Use Certificate do not cover such use, these permits can be changed, if the existing building fulfills the fire and other safety requirements for hotels which are higher than for condominiums.

By Thai tax law rental income is subject to the current House and Land Tax with a rate of 12.5% and to Personal Income Tax with progressive rates (withholding tax rate 5% at source or 15% if the rent is transferred abroad unless a double taxation agreement provides otherwise). The House and Land Tax can normally be deducted from the assessable income of the Personal Income Tax.

This question has been brought up by some co-owners who find that the renting out on a daily basis interferes with their enjoyment of the common areas in a condominium for various reasons.

The Thai Civil and Commercial Code contains provisions which protect the co-owner against excessive disturbance and damage. The affected co-owner can sue his renting out neighbor in a civil lawsuit seeking damages or an injunction order.

But what if the disturbance does not reach the threshold of disturbance and damage caused by the renting out which must be proven and must be substantial enough? Has the co-owner who is unhappy about the coming and going of Airbnb tenants any rights?

Therefore, our recommendation to co-owners and juristic condominiums who dislike Airbnb would be to draft and approve regulations which forbid renting out of units on a daily basis, or to seek a reconciliation of interest between the interest of renting out a property and the interest of the neighbors who disapprove of such renting out. Condominium regulations, sales and purchase agreements and hire of property agreements can be drafted to such an effect and will be binding on all parties.

Dr. Seuss lets the cat out of the luxury bag